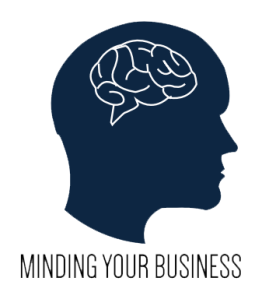 Minding Your Business ~ The Economics Society

China and Laos aim to create a 418 kilometer railway connecting an outside town in China to Laos by 2020. Due to the promising future of the market in Southeast Asia. This railway will connect to a 3,000 kilometer regional rail that will link Kunming (Southern china’s Yunnan province) through Laos, Thailand and Malaysia to Singapore. China aims to create easy access between Southeast Asia and hopes to expand into emerging markets.

China and Laos arranged this agreement on Friday 13, November 2015. Through the efforts of both the Chinese government and Laos government, they are aiming to spend 40- billion yuan ($6.28 billion USD). This railway is going to be built between the town of Boten, China to the Laos capital Vientiane. This contract was validated by the senior officials from the National development & reform commision, China railway Corporation and the Export – Import bank of China.

China has been aggressively attempting to expand their market to Southeast Asia more efficiently. They also want the trading between Southeast Asia and China to be easier. Furthemore it is speculated that China is aiming to influence more Southeast Asian countries to reform to communism culture. The route between China and the rest of Southeast Asia lies through Laos, opening a route and ports on the mekong river for landlocked parts of Southwestern China such as Yunnan. The railway is being heavily funded, with 70% of the spending from China and 30% from Laos. The China economic Herald have reported that these railways will eventually lead to railroad connections between Thailand and Malaysia, generating a more efficient foot-hold for trading commodities.

This event has been planned by China for a long time, Last month the Yunnan government had invested more that 200 billion yuan in a pilot economic zone on the border of Laos. This Investment has been instituted in energy, education and transport.

However there has been controversy in the Laos government, officials have expressed concerns of the accepting a $500 million USD loan from China to build this high speed railway through Southeast Asia. China has set a decently large interest rate on this loan and the Laos officials are attempting to lower the interest. For this, a three day bi-annual cabinet was ensued between the Laos government, the mayor of the capital Vientiane and the provincial governors. The official statement from this meeting declared that the 3% interest rate was too high compared to previous loans China has issued to the country.
The Laos government is responsible for providing a total of $840 million USD for the railway project, $500 milion that is coming from China’s 20 year loan.